Saw many icebergs, floes and seals.

I am having a hard time finding the Fairfax again in the Convoy lists and it is possible that the information may not exist.  Strangely enough in Early April it sees itself sailing from St. John’s to Greenland in the company of three escorts.  These escorts must have had similar duties throughout the war.¹ 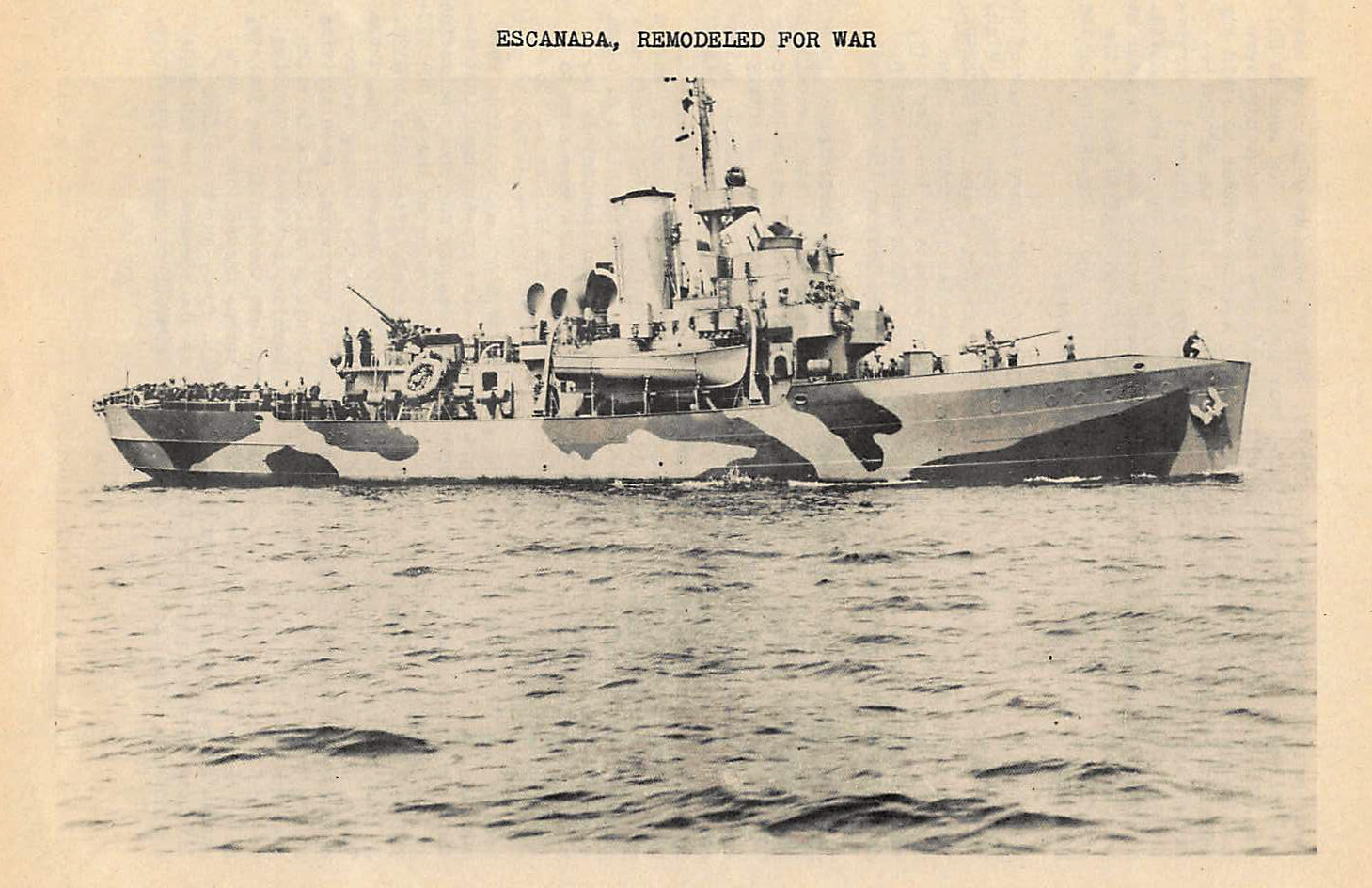 The C.G.C. Escanaba Remodeled for War

One of the Escort’s for the Fairfax, though not at this time, was the USGC Escanaba which sunk on what I think may have been the return trip of the Fairfax from Greenland, after Merton Departs.  It may have hit a drifting mine, but the exact cause is unknown to this day.²