After attending the 2016 26th Annual Pro Video & Lighting Trade Show Thursday, Sue and I found ourselves 30 minutes North of Taunton MA, birthplace of my father and his father. I have many other ancestors from the neighboring towns in Bristol County as well. The Old Colony History Museum is the local historical society and sounds like a place we just had to explore. 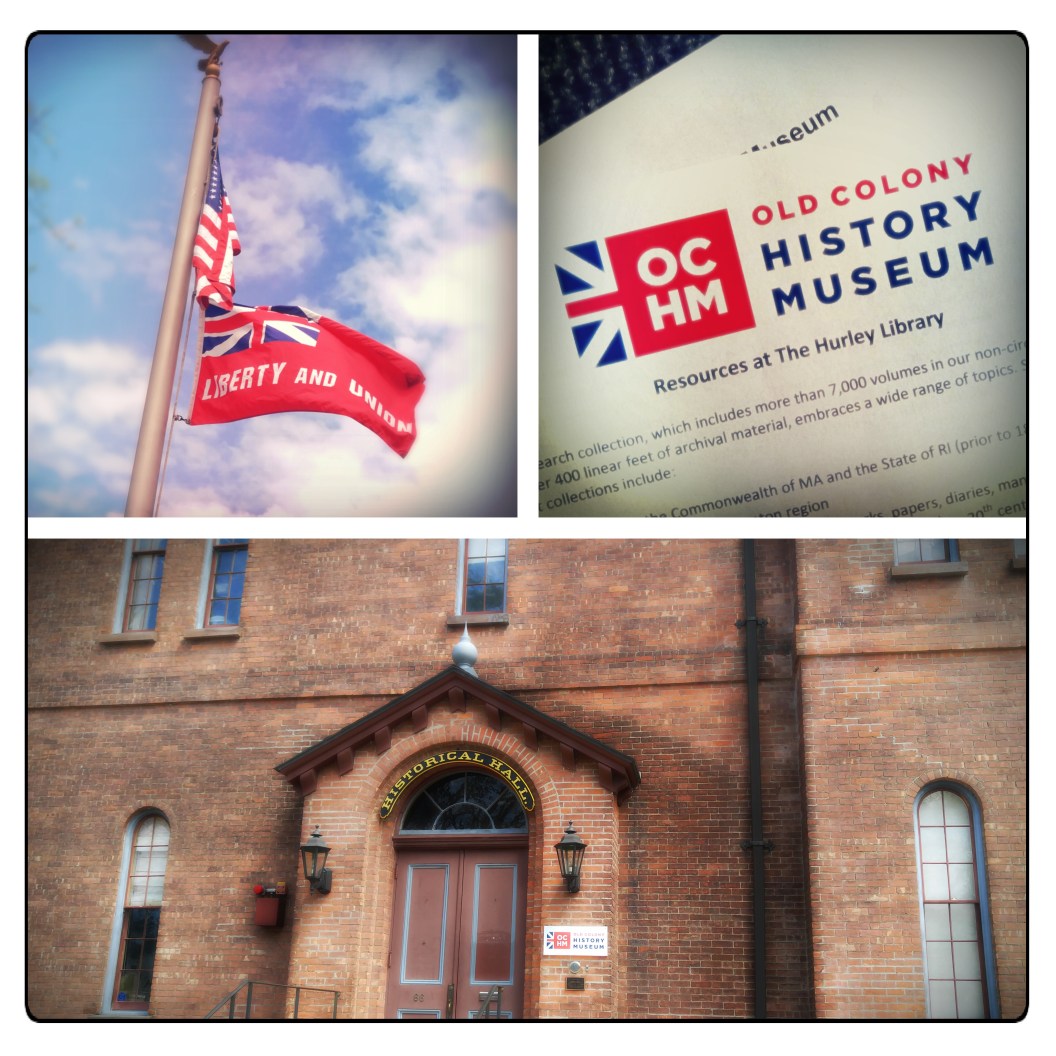 We were greeted by a wonderful woman who took us for a tour of their amazing collection as well as a bit of the history of the building.  Pro-Tip #1 – ask about the museum’s photography policy at the beginning of the tour and not at the end. I suppose that not taking photographs of every little thing did leave me less distracted.

The first floor gallery and meeting room was much larger than we had expected I think.  Among the items on this floor there were a couple that stood out for me.  The first of which were several grandfathers clocks made in the area by local tradesmen.  They looked amazingly similar to one that stands in my Mothers house right now, handed down by my Grandfather, made by his cousin William Davis.  The other item, a writing desk, also bears a resemblance to a piece in the front hall of her house as well. 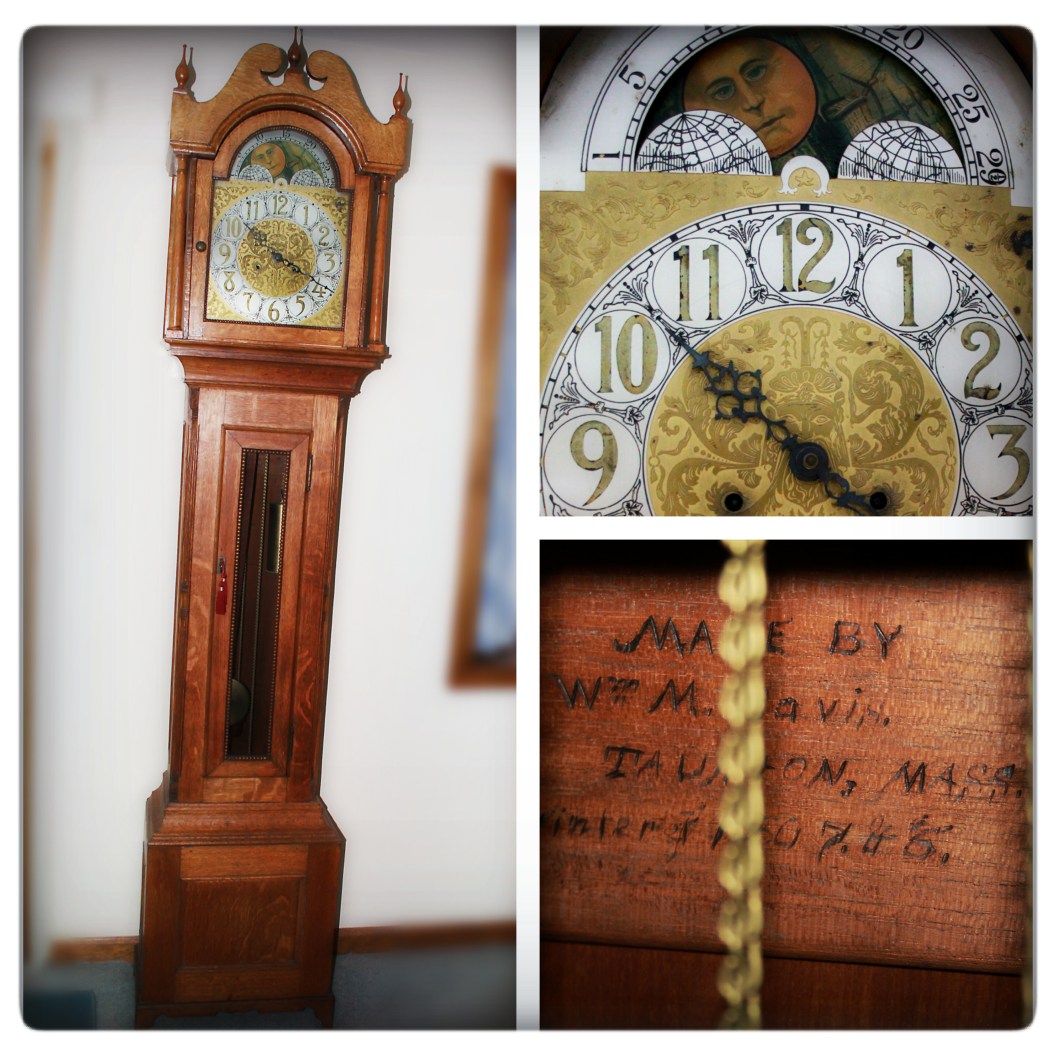 Clock made by William M. Davis of Taunton, 1907. Photos by Claire Young

The second floor was simply amazing with what must have been thousands of objects to see and discover.  Everything from dolls to clothing to furniture.  Some amazing old photographs, cameras and paintings.  Taunton was home to many cast iron stove makers and several were also on display.  They had an old pump fire wagon, a descent sized multi harness loom, and a display of Native American finds.

Of the many items in this room though there was a lone daguerreotype of a steam engine from the late 1800’s.  My 2nd Great Grandfather Leonard Ivy Young used to work for the railroads in this area and of course this made me wonder if I was looking at something he himself had seen – or even worked on.

A separate room holds military artifacts and for my re-enactor friends several articles of clothing, hats and, accouterments.  Our tour guide told us an amazing story of a slave who fought with the Continental Army in the revolutionary war as a part of a cannon crew.  When he returned he was granted his freedom and gifted a cannon by General Washington himself or at least that is what the rumor and town lore told.  I learned more about Camp Myles Standish mentioned briefly in one of my Grandfather’s WW2 Greenland diaries.

In the last room an amazing display of locally made silver goods. Among the normal items there was a silver handled and ebony sock darner, a small silver clad pencil, an elaborate silver and glass pickle jar and my favorite – the Ketchup, Mustard and Relish containers – appropriately etched just in case you forgot which was which.  One name stood out in this room, Albert Pitts, a local silversmith that I will have to keep in mind as my research continues.

The last stop on our tour took us into the William T. and Mary L. Hurley Library also located on the second floor.  Wow.  That’s all.  Wow.  Now, I know I didn’t come here prepared to do any research – nor did we have the time really however I will now offer out Pro-Tip #2.  Have a genealogical travel kit.  I’m not sure how – but I am going to get working on one.

From the Old Colony Historical Museum website about their library:

Our research collection, which includes more than 7,000 volumes in our non-circulating library and over 400 linear feet of archival material, embraces a wide range of topics.

Some of the largest collections include:

I am looking forward to returning, taking some photographs, and of course delving into the library but first – I must prepare.

Our thanks again to the Old Colony History Museum for a wonderful afternoon.