Was put on a train at Grand Central Station, to Boston on to a dock where several hundred soldiers had just finished having coffee and doughnuts by the Red Cross and boarded a ship with a band playing.  The Red Cross and band left, and 342 civilians went on to the ship alphabetically, so I was next to last and ended up with a life jacket, gas mask and a canvas cot next to the ceiling on the lower deck below the water line. with three cots underneath. I met several civilians that I had worked with in Trinidad while on the train.

During the war, the American Red Cross had numerous ‘Club Wagon’s to which it served Doughnuts to the troops.  This apparently happened all over the place.  There is a great interview from 1994 in the Baltimore Sun of a woman named Katharine Heuisler who used to help ‘Sugar Up the Troops’. [Link] 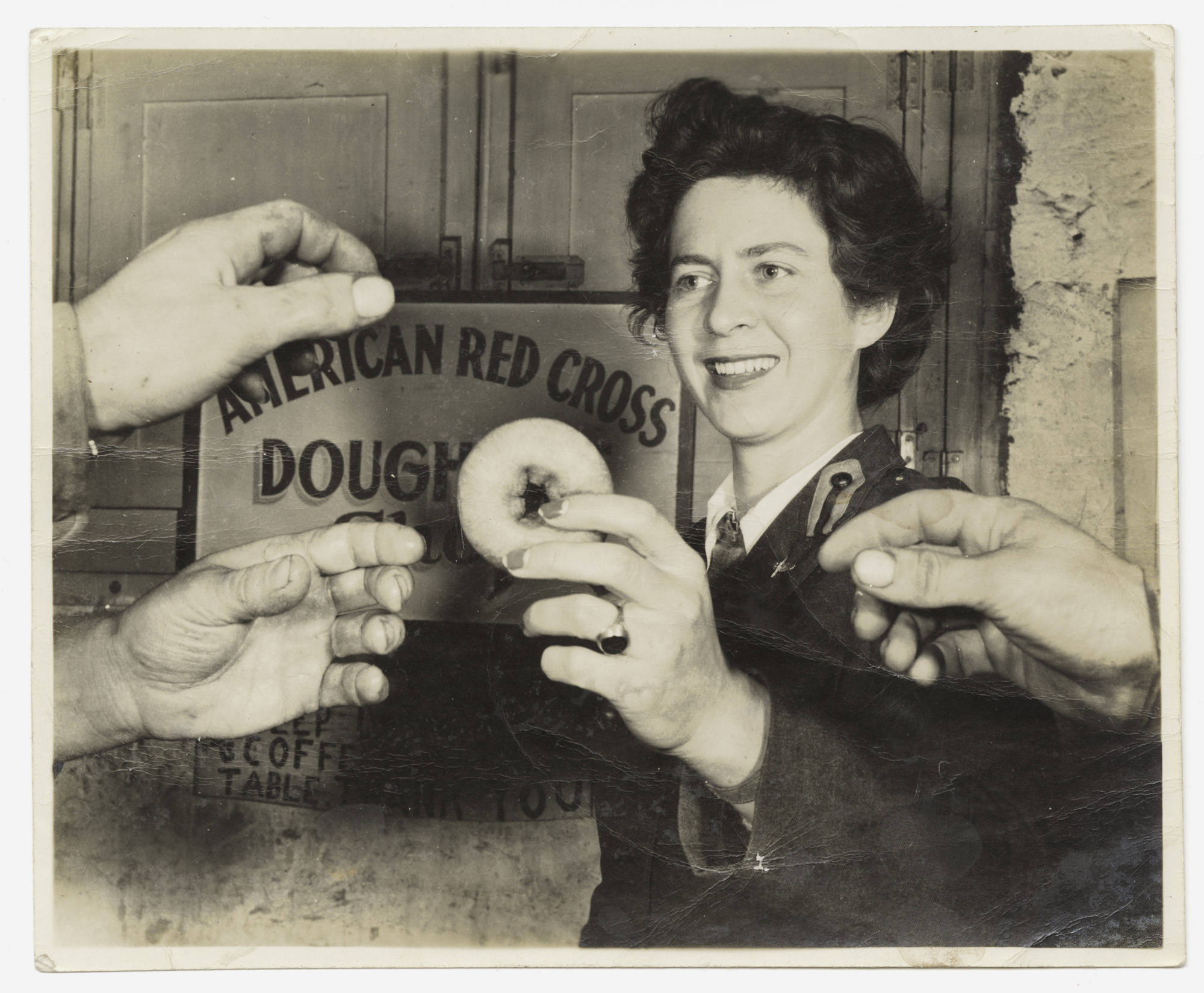 The photograph is NOT of Katharine but it is Elizabeth Williams. “Elizabeth Williams holds a doughnut out to the hands of flyers returning from bombing runs at an American Red Cross clubmobile in southern Italy in 1943. The photo is a classic depiction of a Red Cross “Doughnut Dolly.” ¹

When I was younger I had heard more stories that he was in Trinidad and Tabago but sadly I had not paid attention.  I would venture to guess that he had a much better experience there as he spoke of it more often.  I believe he was there building homes though I really do not know when. I feel from the context of this diary that it may have been earlier in the war.