Went ashore, checked in, taken to army rec bldg. Given physical, badges, a hot meal, mail, etc. Taken to hospital area to barracks. No cots, blankets or mattresses until midnight, when it was light enough to read a newspaper. 342 men in six barracks with one cold water faucet outdoors, and one 6 passenger latrine.

Today in that part of Greenland, it looks like the sun sets just before 10:30 pm and rises just after 3:30 am but never gets below the horizon enough to get truly dark. 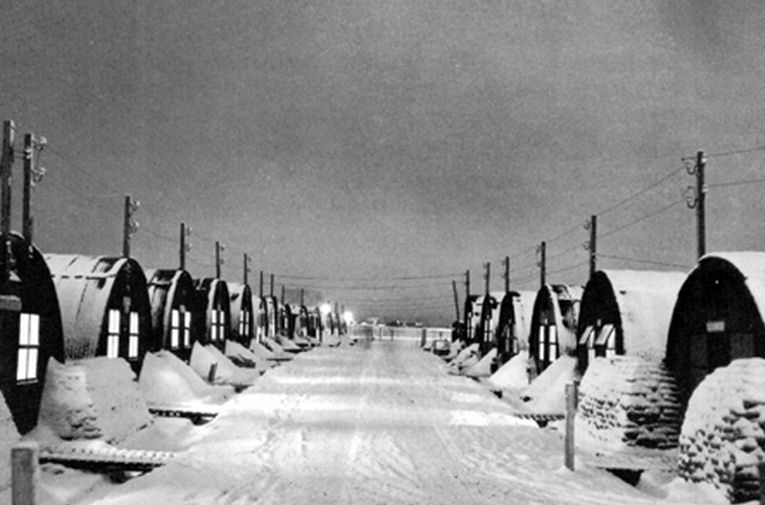 We have all head of the midnight sun in which the Sun never sets during the summer months (in the Northern Hemisphere).  This is pretty much limited to North of the Arctic Circle. Bluie West One is about 375 Miles too far South.

What I guess I didn’t know (or remember perhaps is a bit more appropriate,) is that during the winter months these same regions will never see the sun and encounter something called the ‘Polar Night’