Went to work carrying lumber while waiting for transfer to east coast (#7), getting our meals at the main base where there were movies, commisary, showers, etc.

I know that each of the bases on Greenland at this time are code named starting with Bluie – Meaning Greenland, East or West, and then a number. 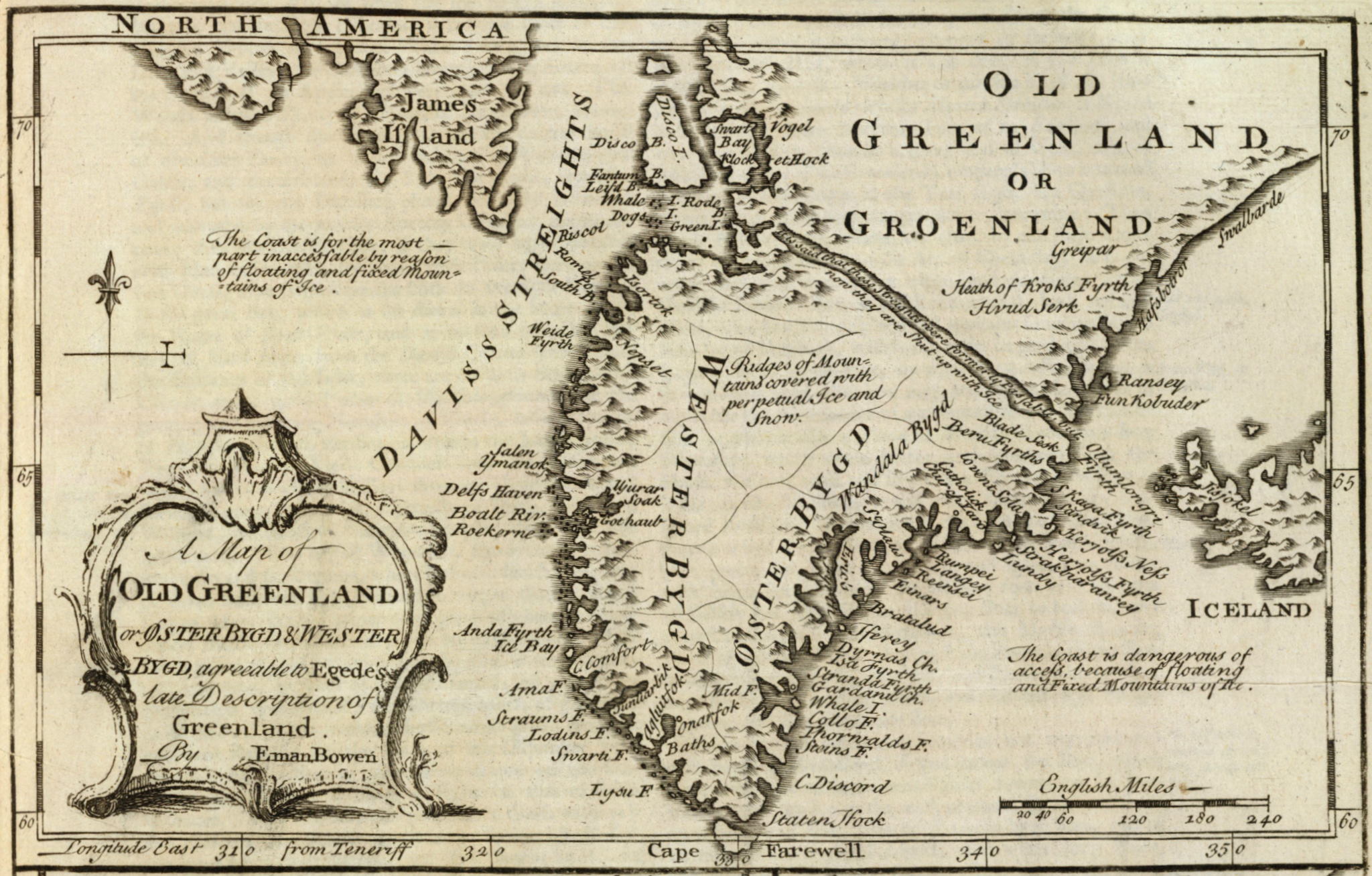 A 1747 map of Greenland, including many geographical errors common to the time.

i.e. Merton is currently at Bluie West One – aka – Narsarsuaq Air Base.  So it made sense to me that the #7 referenced might mean Bluie East 7, simple enough…  But…  There was no East 7.   East only goes to 5.  There is a West 7 however back where Merton first landed in Greenland.

Perhaps there will be more clues as we delve further along in the diary.