Aug 10, 1943
Arrived at Cape Dan (Kulusuk) and started unloading ship. – Saw Eskimos turn over their kayaks while in them and then upright them again, also tip over accidentally and nearly drown. Trading with Eskimos and working 14 and 16 hours a day.

Cape Dan!  What a great name! 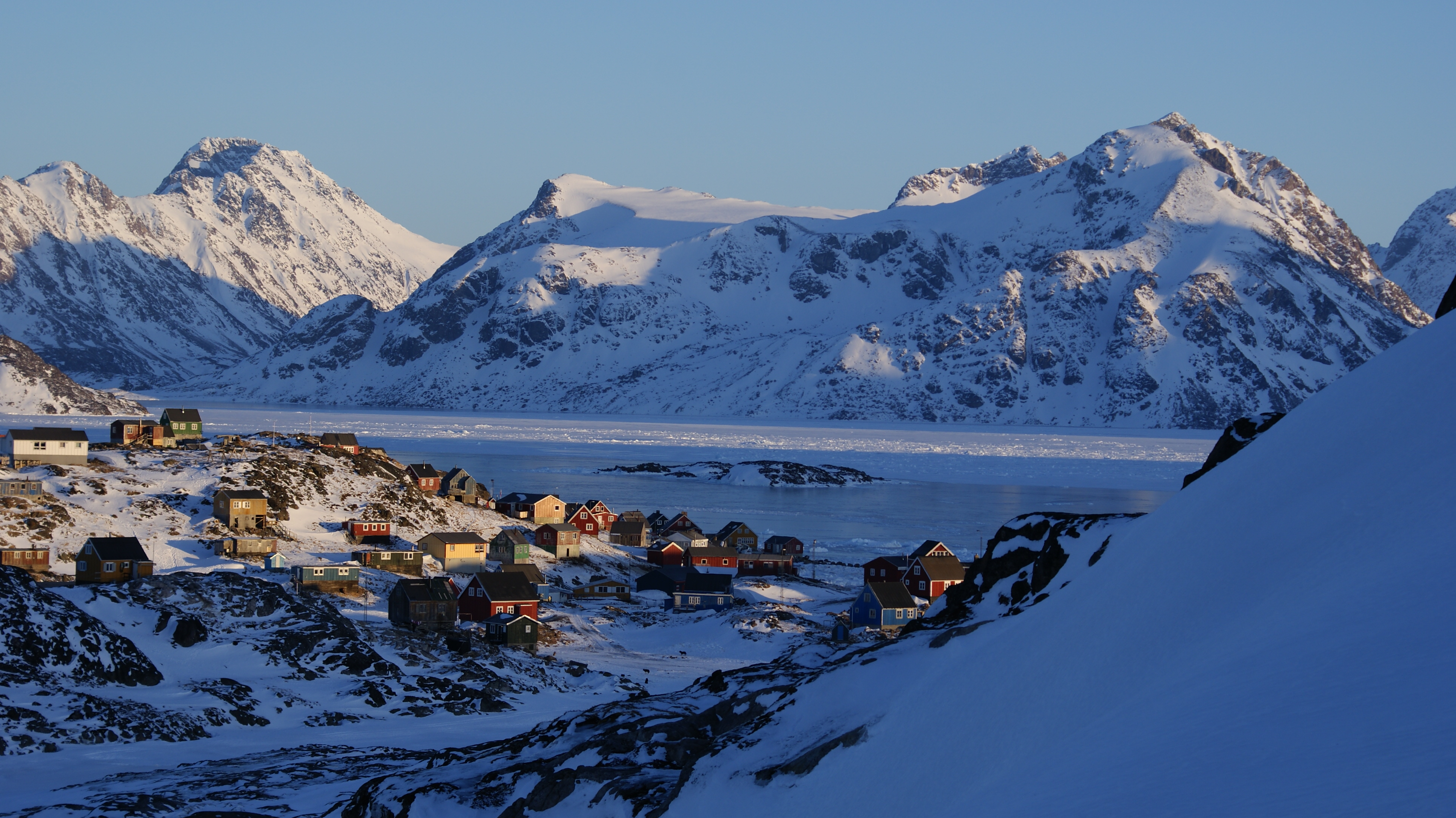 Kulusuk Winter – By Algkalv (Own work) [CC BY 3.0 (http://creativecommons.org/licenses/by/3.0)], via Wikimedia Commons

The other thing I would like to leave you with is this video of Greenland Kayak Rolls by YouTube user Andrew Elizaga.  If you scrub through the video, you will see some of the various techniques which Merton most likely saw.  It even looks like they mounted a go-pro to go under the water on a few of the rolls.

I have to say – that looked extremely cold… but I think I’d be up for trying it someday…  perhaps someplace warmer though.